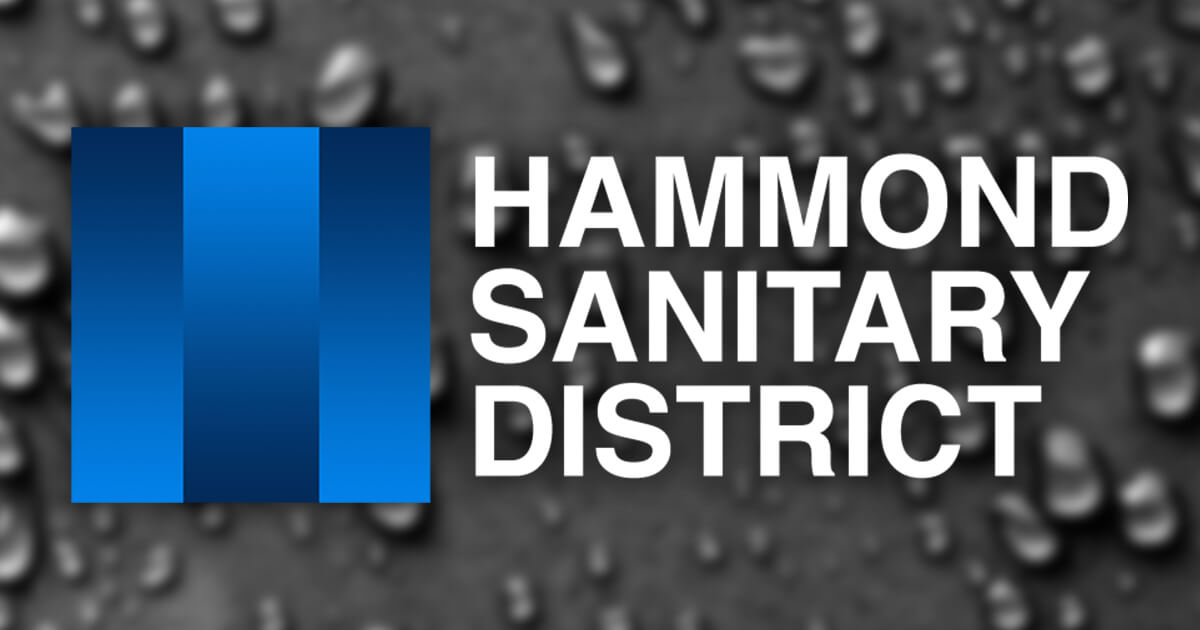 On Tuesday, January 24, the Board of Sanitary Commissioners of the Sanitary District of Hammond unanimously passed a resolution approving a final agreement with state and federal environmental agencies to address combined sewer overflows required by the federal Clean Water Act. The projects called for by this agreement known as a “consent decree” will yield significant environmental benefits for Hammond and Munster residents and improves water quality of the Grand Calumet and the Little Calumet Rivers and ultimately Lake Michigan. Last August, the Board voted to approve a tentative agreement that was in the final stages of negotiation with the United States Environmental Protection Agency (EPA) and the Indiana Department of Environmental Management (IDEM).

The consent decree calls for finalizing a plan likely during the middle of 2018 that will require the District to implement a series of construction projects to prevent over a billion gallons of combined sanitary and stormwater from discharging into the Grand and Little Calumet Rivers annually. The largest of these projects, a large basin on Columbia Avenue, was already completed in late 2014.

Mayor Thomas M. McDermott, Jr. said of the agreement, “We’re pleased with how hard the Hammond Sanitary District fought over the past five years to get the best deal possible for our customers and respective communities. We learned lessons from other Indiana communities to make sure that we understand what projects would be required and ensure we had the maximum reasonable time possible to construct them.” The mayor added, “Although the District could continue to fight this unfunded mandate in federal court, I believe the District struck a good balance between the timing of water quality improvement projects and protecting sewer customers.”

During the final phase of negotiations, the District worked with EPA and IDEM to resolve regional issues with its customer communities, particularly the Towns of Highland and Griffith. The District and the Town of Griffith have already approved their new agreement in November 2016, under which the District will receive increased monthly payments and $2.7 million in additional payments for Griffith’s share of operating costs and capital projects. The District is working with the Town of Highland to finalize a similar agreement. District Board President Dean Button said of these agreements, “We felt we owed it to District ratepayers to ensure that the customer communities pay their fair share of the burden of these expensive projects in exchange for continued access to the District’s wastewater treatment system. We have now achieved that in agreements fair to all parties.”

The Hammond Sanitary District is made up of Hammond and Munster and also serves customer municipalities of Griffith, Highland, and Whiting. It is a separate governmental unit from the City of Hammond with its own governing body of five Sanitary Commissioners – four appointed by the Mayor of Hammond and one by the Town of Munster.